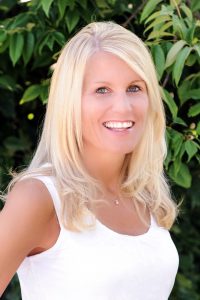 Keri has been a Registered Physiotherapist since 1997 when she graduated with distinction from the University of Toronto. Prior to beginning her physiotherapy studies, Keri completed a Bachelor of Physical and Health Education and a Bachelor of Arts, with distinction, from Queen’s University. Keri’s career has taken her to Australia, the United States and her hometown of Windsor before settling to open A Body In Motion Rehab in Kitchener in 2001. After 14 years of business ownership, Keri was invited to open a second location in The Medical Center at The Boardwalk and A Body In Motion Waterloo opened in doors in February of 2014.

Keri’s clinical expertise has included orthopedics, pediatrics, neurological specialties and sports therapy. Keri has also had the pleasure of educating several community groups and colleagues about physiotherapy and its role in our healthcare system. Keri has a passionate interest in continuing her education and has travelled throughout Canada and the United States taking courses to improve her ability to provide the very best care to her clients. Keri was chosen as a member of the 2009 Kitchener Waterloo Top 40 Under 40 which celebrates the young leaders of the community.

Keri discovered her passion for Pelvic Physiotherapy in 2013 and has continued to further her education in the areas of sexual pain, incontinence, special topics in women’s health including endometriosus, infertility and post hysterectomy treatment. Keri enjoys her work with her children with pediatric incontinence, her pre-natal and post-natal clientele as well as men and women suffering with pelvic pain as a result of bladder or bowel difficulties, interstitial cystitis and prostatitis, just to name a few. Keri is so honored to have been invited to join the Pelvic Health Solutions family and to be able to experience the mentorship of the women who introduced her to her to her passion.

When not at work, Keri cherishes every minute that she spends with her two young daughters, Ella and Karly and her more than supportive husband, John. Keri loves everything fitness and enjoys a great book, sleeping when able and spending quality time with her friends and her family.